About Us » John Gwilliam 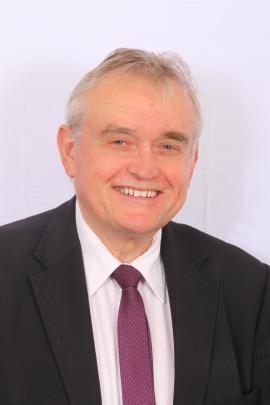 John has been practising in Upper Hutt since 1986 and started his private practice in 1992. His specialisations are Criminal Law, Family Law and General Civil Law. He has taken cases to the High Court, the Court of Appeal and the Supreme Court. He is also experienced in Trusts and Asset Protection.

From being a sole practitioner, John has steadily grown his firm. In 2020 he was pleased to have Joseph Griffiths join him as a Director of the firm. Apart from John and Joseph, the firm now employs two legally qualified staff and four support staff.

John’s career started in Foreign Affairs where he took the opportunity to join the Diplomatic Service and was posted to Jakarta. From there he worked in the Law Reform Division at the then Department of Justice. John was President of the Upper Hutt Chamber of Commerce from 1999 through to 2001 before it merged with the Hutt Valley Chamber of Commerce of which he continues to be a member. He was a Councillor then Deputy Mayor of the Upper Hutt City Council, and a Trustee on the Hutt Mana Charitable Trust until he retired from these bodies in 2019.

John is married with four girls, five grandchildren and a dog. He enjoys DIY around the house, plays the piano and is a Hurricanes supporter.